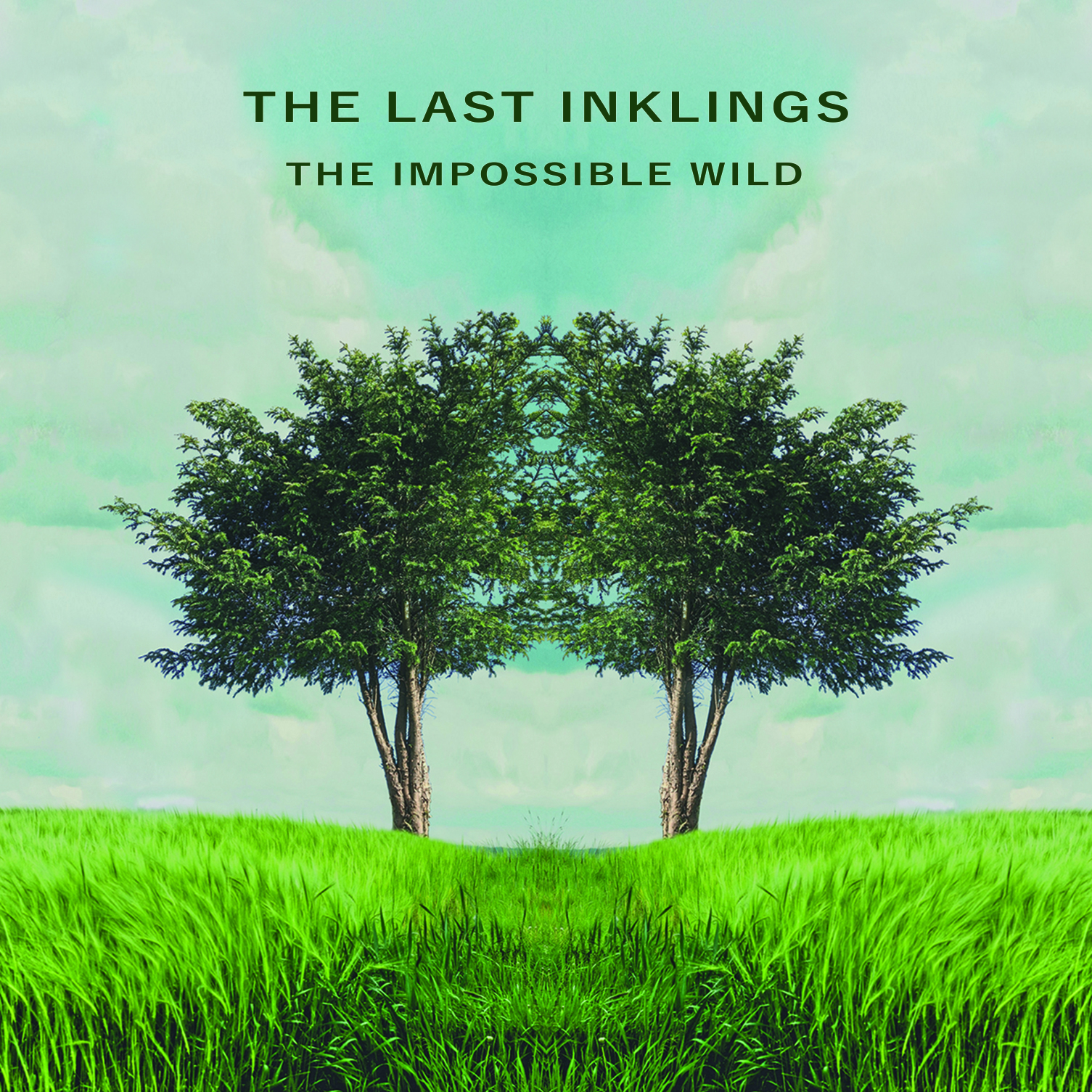 ‘The Impossible Wild’, explores the role of nature, myth and superstition in the modern world. The album is a celebration of storytelling that uses symphonic arrangements and narrative lyrics to conjure up a variety of themes and imagery. Through the lens of music and metaphor, The Last Inklings explore modern life contemporary issues including mental health, personal wellbeing and growth, and our impact on the environment.

It is hard to imagine that there will be a better debut album this year than The Impossible Wild from The Last Inklings. The release, in 2020, of their Alchemy EP certainly gave every indication as to the obvious talent and creativity of David Hoyland and Leonardo MacKenzie, the duo trading under the name which references the mid-20th century literary group which originally met in C.S. Lewis’s room at Magdalen College, Oxford and included other luminaries such as Roger Lancelyn Green and Tolkien. Still, this full-length offering far exceeds any expectations that were harboured in this household.

Leonardo, a classically trained cellist, and David, initially a percussionist,were two-thirds of Kadia, a much-lauded trio performing traditional and original folk-influenced music with three-part harmonies.  Both musicians, however, are deft multi-instrumentalists, and whilst their sound is firmly based on Leonardo’s cello and David’s mandolin alongside their glorious vocal harmonies, the soundscape is expanded with the addition of violin and piano from the former, whilst the latter also contributes percussion, guitar and synths. The resulting unique sound is groundbreaking, as genre boundaries and labels are crossed, also reflecting their musical influences, acknowledged as including The Moulettes, Grammy Award winners Punch Brothers and Max Richter, in addition to the traditional songs and tunes of the British Isles.

At its core, The Impossible Wild explores the role of nature, myth and superstition in the modern age whilst the exploration of issues such as mental health, personal well-being and growth, and the human impact on the environment offer fresh perspectives on an oft-troubled world. As might be expected given the literary link outlined above, storytelling is celebrated to the full, with abundant imagery in thoughtful narrative lyrics to the fore in the quest to probe what it is to be human.

The brief string-led instrumental opening track, White Rabbits, acts as an amuse-bouche before the upbeat melody and close harmony of the first single,Hunter’s Folly, with its gloriously catchy refrain and deft changes of pace reflecting, initially, the drowsy summer heat and then the chase, assails the senses. Turning the traditional English song Hunting The Hare around, here the hares, although chased, escape unharmed, and as the artistic stop-frame video accompanying the song, premiered on Folk Radio,depicts so graphically, remain blissfully ignorant of the fate of the hunter, who transformed into a hare, succumbs to a gruesome ending at the teeth of his own hound.

Melancholic cello and strings feature in Sleeping Giant, a song which, as an extended metaphor, explores the themes of depression and mental health,at the same time could also be construed as alluding to the perilous state ofthe environment. The light mandolin motif, which contrasts the lyrics, is used as a clever musical metaphor, hinting at the pretence often used to disguise our insecurities.  Released as the second single, the accompanying video is the second part of the interlinked trilogy, which, whilst stand-alone in their own right, can also be viewed as a short film.

Concern for the environment defines Breathe Easy, a song that clearly warns of the perils faced by the natural world due to our poor stewardship.Again, the pastoral feel to elements of the music, suggested in part by the plucked harp-like figures over bucolic strings, belies the foreboding of the subject matter. The theme of the decline of the natural world is also addressed later in the album on Chasing Fireflies, with its image of a possible dystopian future.

The punning inherent in the title of Phantomfoolery masks another dark, unsettling offering. Icy chills and hauntings, be they of aspiritual nature or possibly a haunting of thoughts in a well-being sense, are suggested by the lyrics and the building layers of swirling strings, mandolin,cello and synths, but in particular the ghostly vocal.

‍Remedy, a song resulting from reflections on a car crash, has a different feel to other tracks, beginning with a drum beat, building with mandolin, percussion and vocals before ending with overlaying guitars and strings, before the brief instrumental interlude of Call to Adventure, inspired by the first stage of the first Act in Joseph Cambell’s Hero’s Journey. The second act of this monomyth informs  A Thousand Faces, another song referencing mental health, specifically that often we can be our biggest stumbling block.This mountain in my pathWas built insidemy head.

With its homage to the theory of relativity, “if time’s elasticthen why can’t I go back”, Dear Future (if you’re listening) is an entreaty, written in the style of a letter to those generations following us,to not repeat our mistakes. The weaving of short, repeated melodic phrases from mandolin and cello under a placid vocal create an ethereal atmosphere beforethe intensity of the cello increases.

The shadowy strings which act as the fulcrum for The Unkindness of Ravens provide background to lyrics that make a plea to respect nature, myths, talesand legends to gain better self-awareness and understanding, as the barely perceptible whispered counting evokes an eerie, supernatural world, before, all too soon, the album reaches its final track.

Vespers, the third single, again accompanied by a video featuring character design and creation provided by artist and model maker friend Lou Vickery,is a Stygian, otherworldly waltz.  Lyrically, to not overstay your welcome in the twilight shadows may once again reference mental health issues, but couched in the optimism that just as dusk passes, so may these concerns. The subtlety of the instrumentation is, as throughout the album, sublime. When the final echoing whistles fade away, I’m left wondering if there’s a subtle, possibly tongue in cheek, Ennio Morricone reference.

The accompanying artwork and sleeve notes succeed admirably in enhancing what is a very professional package. There is so much more beyond the music to admire, be it the fascinating symmetry of the cover photo or, for those with an interest in the mathematics of nature, the thrill of references aplenty to befound, including Fibonacci sequences and Golden Ratios.

Although a single airing will provide great enjoyment, a willingness to invest time in much deeper and attentive listens will pay handsome rewards. With The Impossible Wild, The Last Inklings have shown that they are envelope-pushing visionaries.

‘Vespers’ is the third single from our debut album The Impossible Wild .It parallels the plight of the cock-stride ghosts of old English folklore withmodern mental health issues. At the boundary of night and day jasmine flowers pour their perfume into the twilight air as creatures of this liminal time emerge into the half light. A moth chases a moon that is forever out of reach, tracing the infinity symbol in its flight, all the while chased by a bat, dancing around in each other to the tune of a half remembered waltz. A hawk and an owl, sit side by side in unnatural harmony, sing wordless Vespers into the approaching night as a spirit flickers in and out of view, spinning in an endless dance until doomsday finally brings their penance to a close. In a woodland clearing lit by the moon, creatures gather as the twilight glow fades to true night and stars begin to dot the sky above. This natural imagery lifted from the lyrics of the song can be interpreted as a reference to despair and depression, but also hope based on the knowledge that such things can quickly pass just like the fleeting twilight.

Sleeping Giant is the second single from The Impossible Wild and is an extended metaphor exploring the themes of grief and mental health. This track is a piano ballad with intimate upfront vocals that walk the listener through a journey of self discovery, and finally coming to terms with their own conflicting emotions.

The music video picks up from the end of Hunter's Folly  and imagines different facets of mental health and depression embodied as animals. The video picks up on this imagery along with the lightness of the music following animals through untroubled scenes, flowing from one to the next as a gentle counterpoint to the struggle implied in the lyrics.

Hunter’s Folly is the first single from The Impossible Wild, written in response to the traditional English song “Hunting the Hare”. The original message is flipped on its head and the viewpoint changed to that of the hare, rather than the hunter. This shift in perspective allies the listener more closely with an anti-hunt stance, updating the traditional theme and better capturing the collective mood of today.

To accompany the music, a beautiful stop motion video has also been created to tell the magical and cautionary tale of a poacher and his prey. Stylized scenes are brought to life as the hares evade the hunter, and he is transfigured in the manner of folkloric tales, meeting a grizzly end in the teeth of his own hound. All the while his intended prey continue to frolic in the idyllic countryside, and balance is restored to nature once again.

The song celebrates the shared experience of mid-winter gatherings involving music, food and laughter as a remedy for the long nights. These sentiments are particularly poignant this year, as traditionally communities kept up spirits by gathering together and enjoying a feast in honour of the sun. Over time these winter solstice traditions have transformed into our modern yuletide celebrations. There is also an underlying theme of the long awaited return of a loved one, welcomed back like the sun in Spring. Written by The Last Inklings and produced by David Hoyland, the single is available free of charge to mailing list subscribers.

If Roald Dahl, Edgar Alan Poe and Edward Elgar had teamed up for a songwriting session, you can imagine the end result sounding something a little bit like this. The golden thread that runs through the five songs on the EP is a quotation from the philosopher Marcus Aurelius – ‘the soul is dyed by the colour of its thoughts’, which embodies the idea that we should always strive to refine our inner gold. The songs are inspired by modern myth and folklore, drawing on narrative influences ranging from the English Chronicles through Stoic philosophy to the power of the natural world. The experimental sound in this EP focuses on cello and mandolin layered with vocal harmonies.